The meeting was called to order at 1:00 pm by President Kevin Vetter on August 4, 2019 at Sertoma Park, Shelter # 9.  Other officers in attendance were Vice President, Brenda Morgan; Treasurer, Victor Wingerter; and Secretary, Darrel Spencer.   The Pledge of Allegiance was  recited and the members also introduced themselves.

Treasurer, Vic Wingerter reported that the CDG&MS has $8,522.47 in the bank with all bills paid.  The treasurer’s report was then approved as read.

Secretary, Darrel Spencer read the minutes from the August 4, 2019 CDG&MS meeting and they were approved as read.

There was no old business.

There was no new business, so the meeting was adjourned.

Our annual potluck picnic was a huge success.  CDG&MS  supplied the hamburgers, hotdogs, buns, plates, utensils, condiments, and bottles of water. The members each brought items to share such as a variety of salads or desserts and of course comradery.

A raffle was held which resulted in at least $114.00 in ticket sales, which offset the Rock Club expenses in hosting the picnic.  The members had donated a variety of items such as fossils, crystals, apache tears, polished rocks, mineral specimens, rock collecting bags, and a beautiful handmade quilt for the raffle.

Vice President, Brenda Morgan reminded the Members of upcoming events such as our annual pine cone hunt on Sept. 15, the stuffing party on Sept. 22, and the annual Rock Club Show on (Oct. 3, Set up) 4, & 5. 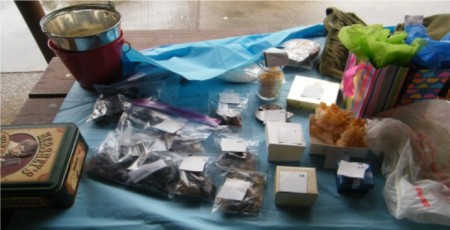 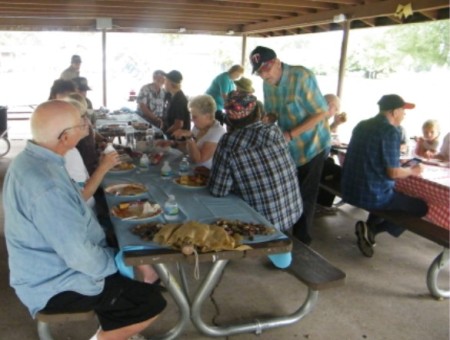 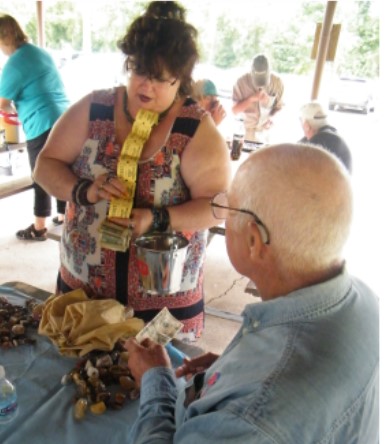 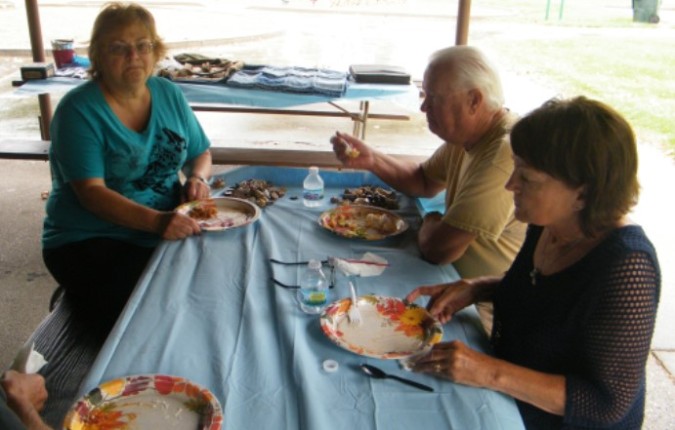 Club members enjoying each others’ company 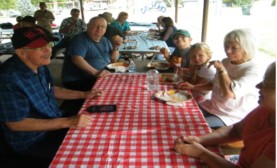 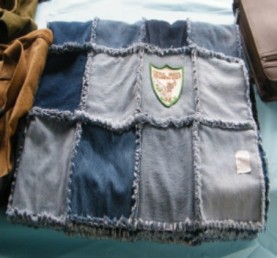